Much of what seems so real in this physical dimension is not the entire Truth of who we are and/or what we can do. Over the last decade, I have allowed myself to both explore and expand beyond the physical, mental and emotional boundaries I thought were rigidly in place in this "reality". What I found was an aspect of Self that I had forgotten was there. I offer these wonderings and wanderings as an invitation to see beyond "what meets the eye", MRI and "why can't I?" in your life!

Read, ponder, explore the depths of yourself. Although our eyes focus outward, we are primarily here to see and change ourselves. If the words assist, there is an energy-exchange link for gratitude giving and to me fund the costs of sharing information. If you want to go deeper in your healing and release more quickly, let's work together. These writings are not short ... but the world is full of insightful one-liners which haven't managed to fully communicate to and shift heart and soul. I remain ever hopeful ... Much love, Kristi

PS If my writing and these healing codes help lift you, consider using the energy exchange button on this page, which helps me fund this site and my open sharing. Additional articles published on third party sites, are indexed here. Please consider a like/follow of HealingResonancellc on FB or Instagram to be sprinkled with Love and Light.

I wish that each and every person realized the power that she/he holds within ... a power that's just waiting to be realized. Many times we are held captive not by outside forces, but by inner dialog which holds us down and keeps us small. 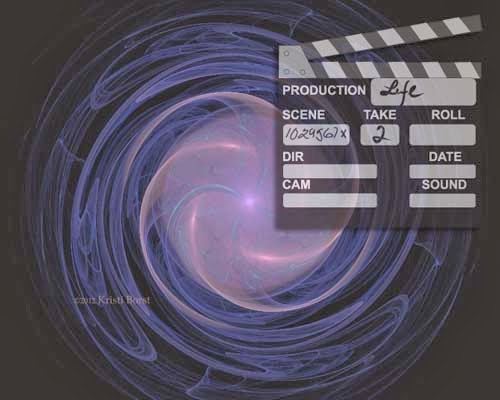 We truly hold the key to our own release from captivity.
Once we become aware of this chatter, and look at it as if we were an uninterested third party, we can begin to evaluate whether we want to own those thoughts or just love them free.

Many times we look back on a situation or situations in our lives and harshly judge ourselves. We may be filled with regret and remorse over our actions. We feel we have made a big MISTAKE. Many people cannot forgive themselves of the mistake(s) they see in their lives.

Let's talk about the television and film industry as a way to see this all a bit more clearly. When a network or production company is filming a show, even a half-hour show, they easily spend hours filming. They have "take1", "take2", "take3", etc. They keep doing the scene over and over until it is the way they want it to be.

I contend that we can forgive and heal from this event if we see it not as a "mistake" but as a "mis-take" (take1, take2, take3, etc.). The only mistake there can truly be on our part is when we know there are negative ramifications to self/others from our behaviors and we choose them anyway. To take this a step deeper, while we may have progressed in our own spiritual growth to that point at which we would not judge another person, we are quick to judge ourselves. When we see that we are most likely not the same person now that we were when we made this so-called "poor decision", we can hopefully see how unfair we are being to ourselves. We can find a space of love and compassion from which to regard ourselves.

Life is filled with lessons, mis-takes if you will. If we are able to see on 'take1" that the behavior did not serve us and others well, we can easily move to "take2", making a decision that's largely guided by how "take1" went, and know "it's a wrap". However, some times we fail to know or recognize that "take1" could have been better. Some time passes and then we are faced with "take2", "take3" and so on. Once we recognize the lessons and rise to the opportunities to make decisions that better serve others and ourselves, "it's a wrap" and those challenges/lessons no longer stare us in the face.

It is also my KNOWING that these mis-takes are best viewed as gifts. They have brought us to be at this point in which we see that we want to do things differently. Embrace them. Love yourself for growing to the point of seeing things from a different, more expansive perspective. I believe this statement bears repeating ...

The only mistake there can truly be on our part is when we know there are negative ramifications to self/others from our behaviors and we choose them anyway.
Please click here if you'd like to listen to/watch an audio/visual version of this message.

Contact me if I can help you work through this on a personal level; I offer intuitive healing sessions in person or long-distance via telephone or Skype.

release that which no longer serves you ...